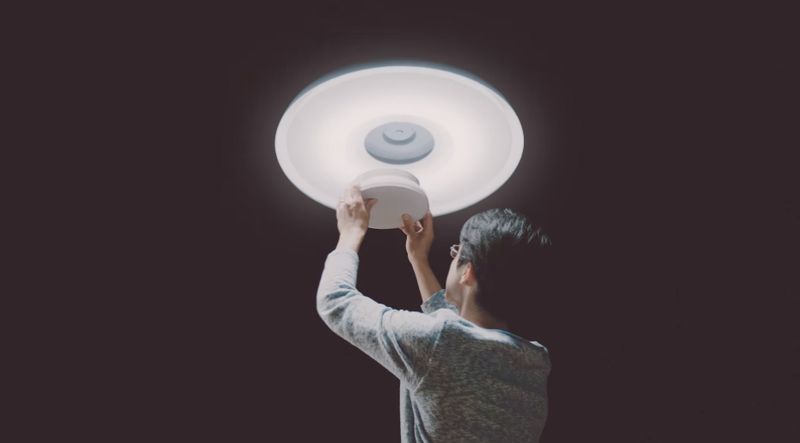 The Sony Multifunctional Light is Much More Creative Than Its Name

Meghan Young — January 14, 2016 — Art & Design
References: sony.co.jp & theverge
Share on Facebook Share on Twitter Share on LinkedIn Share on Pinterest
As The Verge points out, the name of the Sony Multifunctional Light might not be very creative, but the bulb itself is -- so what more can you ask for? Recently revealed during this year's International Consumer Electronic Show in Las Vegas, is essentially a smartphone that remains glued to the ceiling instead of your hand.

The Sony Multifunctional Light "can communicate with other appliances like air conditioning units and thermostats with data from its humidity sensors, talk to your TV using infrared to turn it on when its motion sensors detect you're in the room, and act as a household intercom system equipped with speakers and a microphone," writes The Verge. Shaped like a saucer, it will be available in Japan first during the first half of 2016 and then hopefully the rest of the world.
5.9
Score
Popularity
Activity
Freshness
Access Advisory Services