Traditionally Made Narrative Alcohols
Next
Set of
Related
Ideas 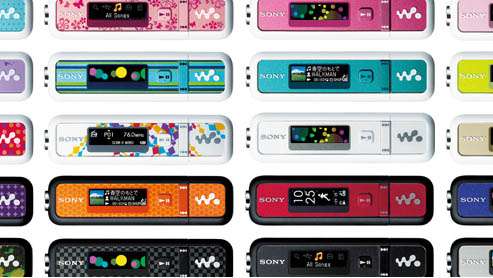 The E020's main selling point is its swappable faceplate, which lets you change the player's style to suit your mood. It's not just a pretty MP3 player, it has a lot of neat features including the colored three-line LCD screen and a built-in USB jack with drag-and-drop MP3 transfer system.

If you are interested in getting one you will be pleased to know that is very affordable. The player is sold for $69 (1GB) and $79 (2GB), which includes awesome earphones and a bunch of faceplates to swap with. You can buy extra plates for $12 each.

On Trend Hunter, there were a lot of trends posted about the integration of Fashion and Technology, which are becoming more and more dependent on one another. Here is a list of the hottest ones:

10 Walkmannovations
From Touchscreen Walkmans to the Women's Walkman