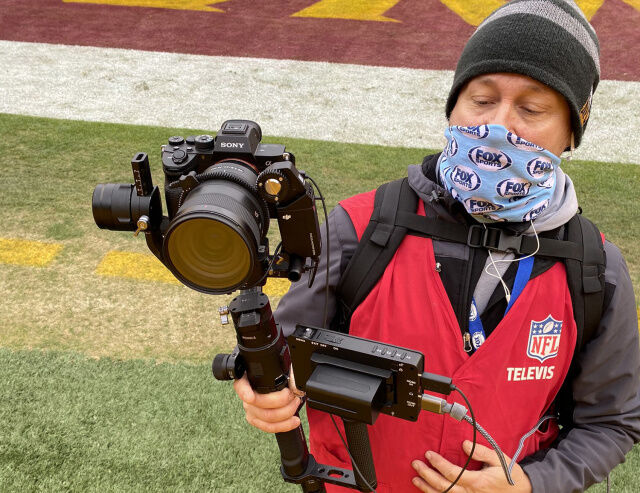 Fox Sports named the set up the “Megalodon,” and it was comprised of a Sony A7R IV camera, a Sony FE 24-70mm f/2.8 GM lens, DJI Ronin-S gimbal, a field monitor, and also a 1080p wireless transmitter. The network corrected the signal of the camera to match its broadcast, and previously the setup was used to film tunnel walkouts and pre-game warmups.

Subsequently, Fox Sports decided to use the “Megalodon” as its 11th camera for a game featuring both the Washington Football Team and the Seattle Seahawks.

“People on our crew have been working with it all year, but we didn’t know your ordinary viewer would see such a difference sitting on their couch. It’s fantastic,” said Mike Davies, the Fox SVP.