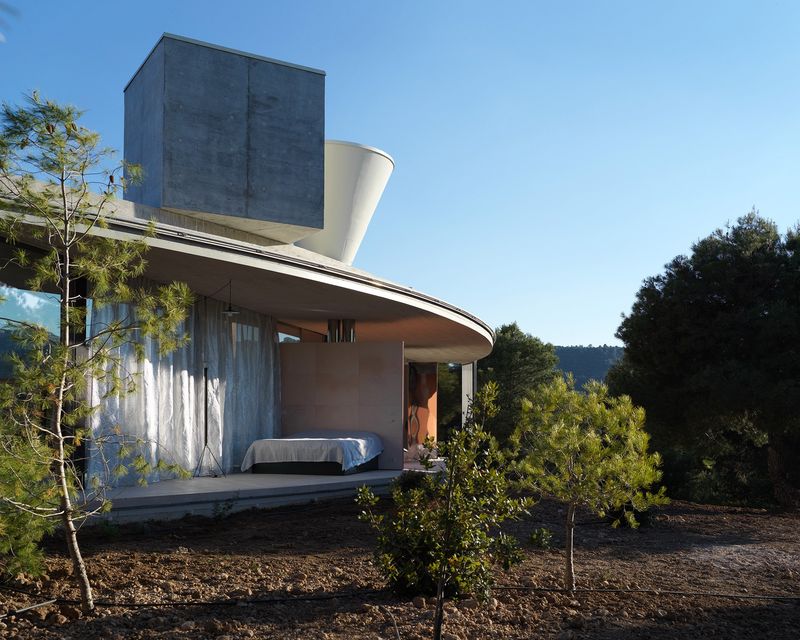 Joey Haar — May 22, 2017 — Art & Design
References: dezeen
Share on Facebook Share on Twitter Share on LinkedIn Share on Pinterest
In their early teenage years, people suddenly learn the powerful appeal of personal independence, and that appeal is part of the drive behind Solo House II. The home, which was designed by Brussels-based studio Office Kersten Geers David Van Severen, is a uniquely designed abode in the Catalonian mountain region of Matarrana that, due to its rustic locale, is completely functional while being off the electric grid.

Aside from the feat of independent energy, Solo House II is impressive because of its design. The home is shaped like a ring, with the interior portion of that circle being entirely unfinished -- it looks just like the surrounding forest, yet it is technically inside the home. Further, the walls that girds the ringed residence are made in floor-to-ceiling glass around the entire home, including the bedrooms.
2.9
Score
Popularity
Activity
Freshness
Attend Future Festival Virtual