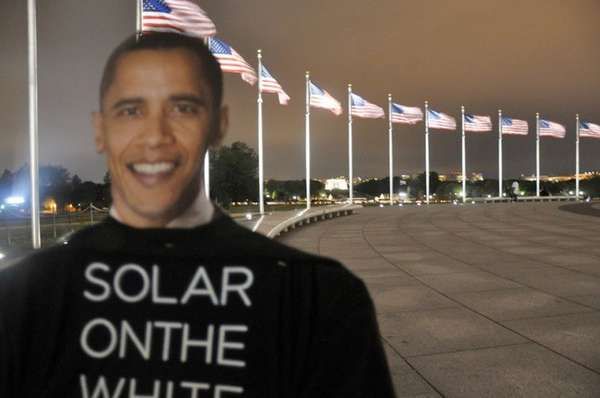 Amelia Roblin — October 5, 2010 — Eco
References: huffingtonpost & news.cnet
Share on Facebook Share on Twitter Share on LinkedIn Share on Pinterest
An announcement today by chairwoman Nancy Sutley will confirm President Barack Obama's plans to bring back the solar White House. The government building has been equipped by solar panels in the past while President Carter was in office, but they were removed by Reagan, and currently three remain on-site, as installed by George Bush.

President Obama will begin his solar White House project in the spring, by planting panels to heat water and provide some electricity to the stately home.