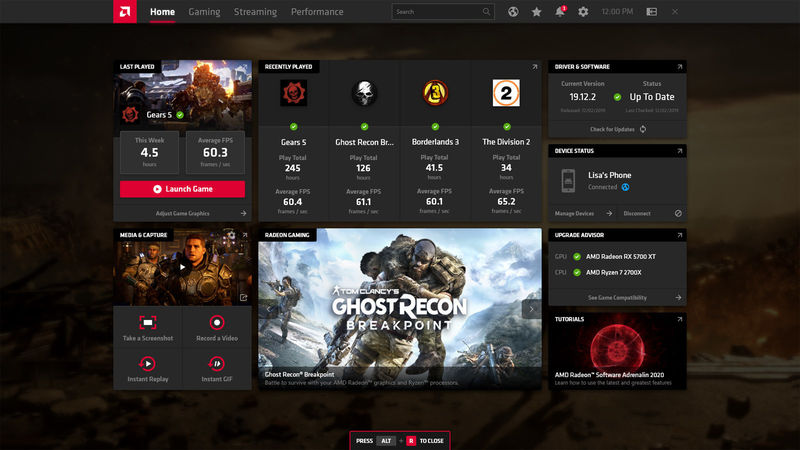 Daniel Johnson — December 13, 2019 — Tech
References: community.amd & engadget
AMD recently completed a major software update, and released its 'Radeon Software Adrenalin 2020.' Most notably the new software provides users with the ability to stream games to mobile devices over a WiFi network. Currently, the new feature is available for Android devices, however, iOS support is scheduled to be released on December 23rd.

Other features for AMD's Radeon Software Adrenalin 2020 include Radeon Boost, which is a dynamic resolution scaling system, and it allows a game to maintain a high frame rate. Other additions include the ability to run support for image sharpening and anti-lag features.