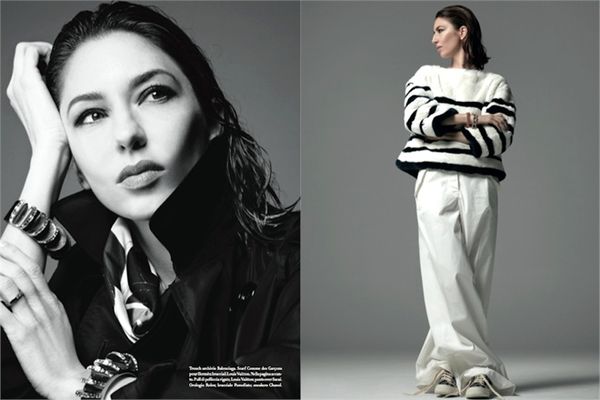 The Photoshoot Starring Sofia Coppola for Vogue Italia is Glamorous

Meghan Young — February 7, 2014 — Fashion
References: vogue.it & swipelife
Share on Facebook Share on Twitter Share on LinkedIn Share on Pinterest
Being behind the camera is certainly not on par with the glamorous job of being in front of one, yet the cover shoot starring award-winning producer, director and screenwriter Sofia Coppola for Vogue Italia shows that doesn't have to be the case at all. Clad in an elegant wardrobe of peplum dresses, modern pantsuits and caped gowns, the wardrobe is fit for one of her leading ladies. Of course, the American tour-de-force is known for her impeccable style as well.