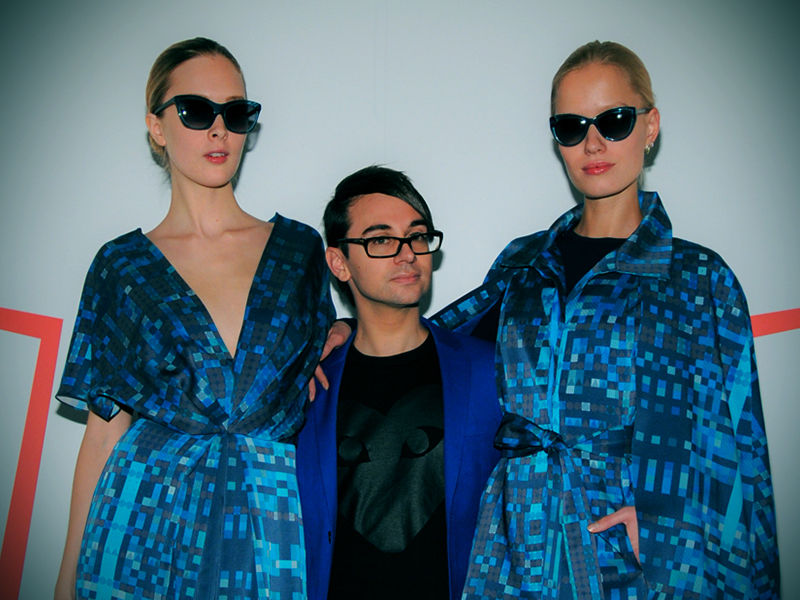 Laura McQuarrie — September 30, 2014 — Fashion
References: verizonwireless & psfk
Verizon and designer Christian Siriano teamed up to create a unique social media dress for the Fashion Rocks event. A number of musical artists like KISS and Pitbull were invited to perform at the charity fundraiser and the #socialimprint dress was created as a result of data collected from real-time conversations on Twitter. Trending topics were represented by differently colored squares, including breakdowns by genre like Rock, New Wave and Latin Pop.

In the end, Nicki Minaj's Fashion Rocks performance had the most influence on the design of the dress, since she was the star of many Tweets that came from the event. Now, Siriano's unique #socialimprint dress is being auctioned off through Charity Buzz, with all proceeds going towards the Dress for Success organization.
5.3
Score
Popularity
Activity
Freshness