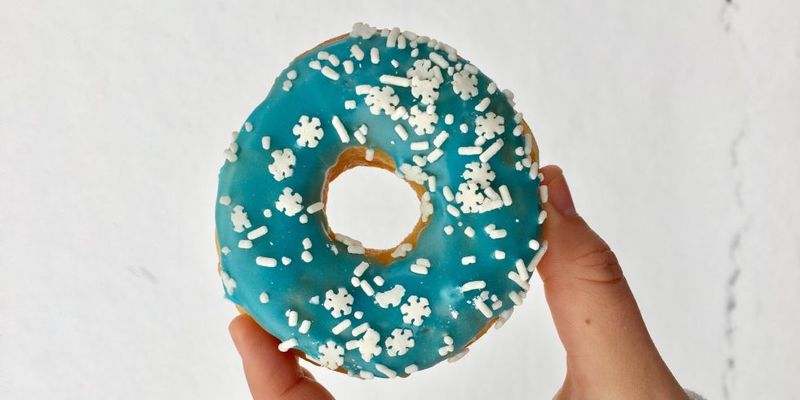 Katherine Pendrill — January 8, 2018 — Lifestyle
References: news.dunkindonuts & delish
Share on Facebook Share on Twitter Share on LinkedIn Share on Pinterest
With much of Canada and the US experiencing extreme cold temperatures, Dunkin' Donuts is helping consumers make the most of winter with its adorable new Snow Flurries donut. Adorned with tiny snowflake sprinkles, the tasty treat gives consumers a fun way to embrace the season.

Dunkin' Donuts' new Snow Flurries donut is similar to the chain's regular frosted donut, but with a festive winter twist. Instead of white icing, the donut is topped with bright blue frosting and a smattering of white snowflake sprinkles. As the chain has vowed to remove artificial dyes from all donut frostings, baked goods, frozen drinks, and breakfast sandwiches by the end of 2018, the blue frosting on the donut is all-natural.

Available for just a limited time, the new donut is a fun way to enjoy winter without the need to bundle up.
0.8
Score
Popularity
Activity
Freshness
Access Advisory Services