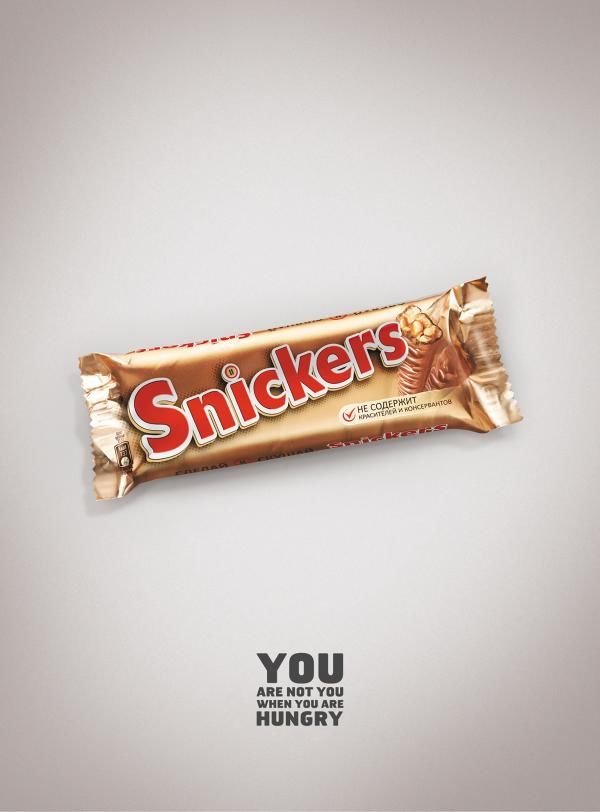 These Ads Dress the Snickers Bar as Other Chocolate Snacks

Laura McQuarrie — April 15, 2016 — Marketing
References: snickers & coloribus
Share on Facebook Share on Twitter Share on LinkedIn Share on Pinterest
As part of its ongoing efforts to prove "You are not you when you are hungry," Mars created a clever series of Snickers bar advertisements. The print ads feature the Snickers name on some of the most well-known wrappers of other candy bars that Mars manufactures, including Bounty and Twix. Rather than alluding to products from a competitor, this is a subtle way for Mars to promote its other offerings.

As well as being dressed up in an unfamiliar wrapper, Snickers also takes on the graphic style of each chocolate bar's logo, which consumers will be able to recognize as familiar, yet foreign.