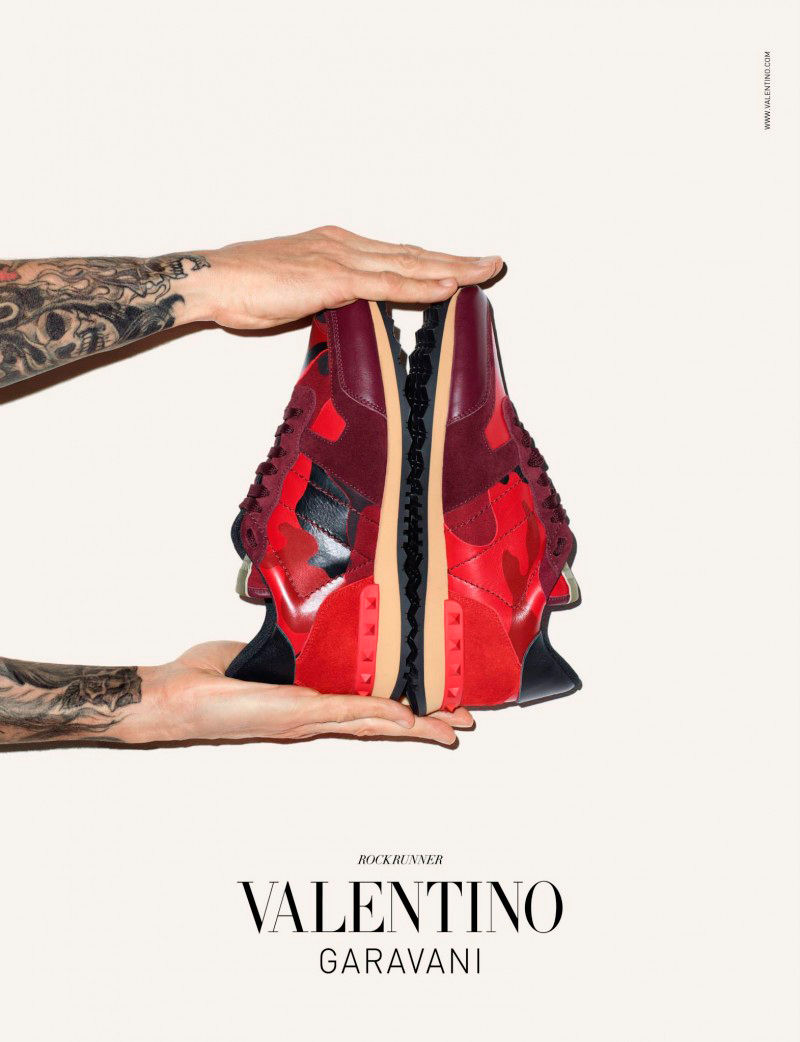 Jana Pijak — July 4, 2014 — Fashion
References: valentino & fuckingyoung.es
If you've seen "Valentino: The Last Emperor", you are familiar with why this sneaker campaign has little to do with the designer's feminine and demure vision.

Since his retirement in 2008, the designer's namesake label has been re-branded and taken in a younger direction by Maria Grazia Chiuri and Pier Paolo Piccioli.

With their latest sneaker campaign, the designer duo enlists the help of controversial photographer Terry Richardson to capture a range of sneaker styles that are held and worn by a tattooed model.

The pieces are an example of wearable luxury and fuse comfort with precise craftsmanship and stunning aesthetics. Valentino's latest sneaker collection features patchwork suede and leather constructions that are accented with the label's signature stud elements, a motif made popular by Maria and Pier Paolo.
4.8
Score
Popularity
Activity
Freshness