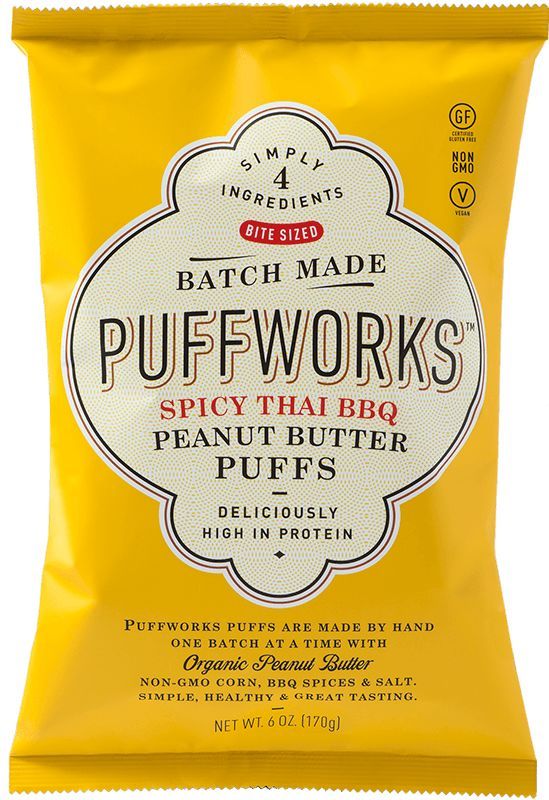 Laura McQuarrie — February 16, 2018 — Lifestyle
References: puffworkssnacks
Share on Facebook Share on Twitter Share on LinkedIn Share on Pinterest
Puffworks' Peanut Butter Puffs are an all-new kind of snack puffs that can be enjoyed in Original, Dark Chocolate and Spicy Thai BBQ flavors. These handcrafted peanut butter snacks are made in small batches with minimal ingredients: peanuts, non-GMO yellow corn and salt, plus a few other additions for the flavored varieties.

The new Puffworks snacks, exhibited at the most recent Winter Fancy Food Show, were inspired by an immensely popular peanut butter-flavored snack from Israel by the name of Bamba. These snacks have been sold in the country for decades, with Bamba reportedly making up 25% of the Israeli snack market.

Although consumers have been buying cheesy snack puffs for years, a new wave of puffed snack products are being produced, made with everything from louts seeds and water lily seeds to quinoa.