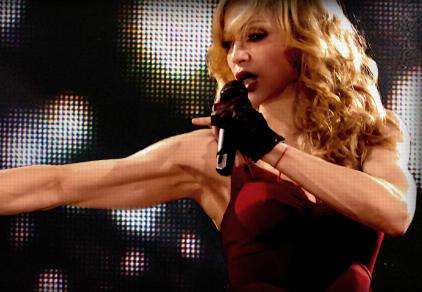 Katherine Vong — August 20, 2011 — Marketing
References: smirnoff & popsop
Madonna and liquor brand Smirnoff are teaming up for the Smirnoff Nightlife Exchange Project, which aims to get consumers around the world to swap their nightlife and partying experiences.

This is the second year of the Smirnoff Nightlife Exchange Project, and this year, Smirnoff has extended its campaign to reach 50 countries across the globe.

Madonna’s role in the program is to find the best dancer; this lucky soul will win the opportunity to dance on the stage during Madonna’s upcoming concert tour. The campaign encourages Facebook users to submit a 60-second video of their own dance, which should display the dancer’s originality and passion. Finalists get to attend one of the Smirnoff Nightlife Exchange Project events and dance in front of Madonna, who will then choose who she thinks is the best dancer, describes Popsop.
1
Score
Popularity
Activity
Freshness

Tea Turf Wars
Boyz in the Hillz for Smirnoff Ice