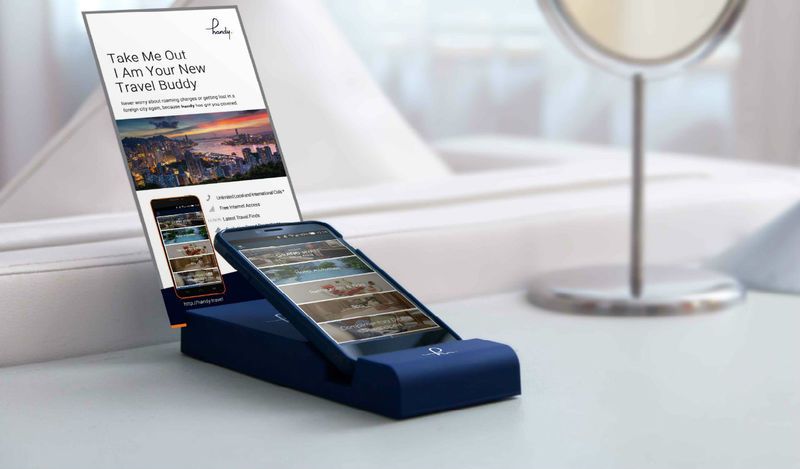 Alyson Wyers — May 3, 2017 — Tech
References: handy.travel & springwise
Share on Facebook Share on Twitter Share on LinkedIn Share on Pinterest
Free wifi access has become standard in many hotels, but now some are providing a free smartphone service offering guests unlimited calls and texts too. Developed by Tink Labs in Hong Kong, Handy devices are being placed in hotels to offset mobile roaming charges travellers often have to deal with. Designed especially for the hospitality industry, the Handy OS-powered T1 handset not only provides hotel guests with normal smartphone service, it connects them with other hotel services such as room service.

The Handy gadgets also are equipped with LUXOS city guides, which make recommendations concerning local attractions, restaurants and relevant promotions, and can even be used as room keys. With a goal of having its device in more than one million hotel rooms by the end of 2017, Handy is already in over 20 cities in hotels like the Ritz-Carlton and the Hilton.
6.1
Score
Popularity
Activity
Freshness
Attend Future Festival