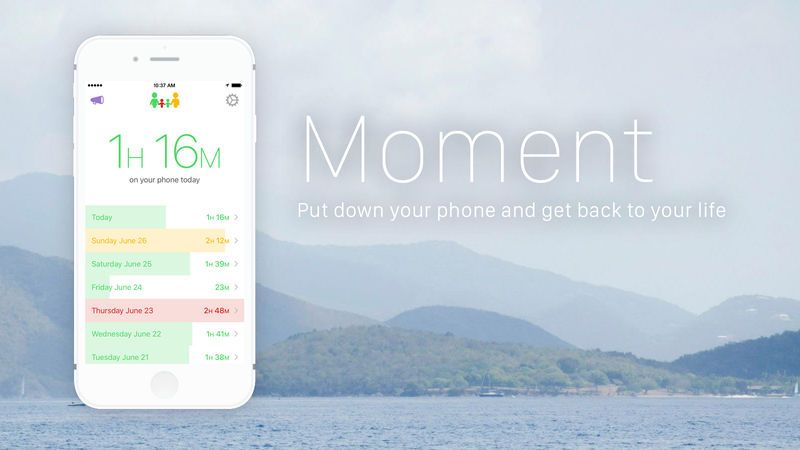 Joey Haar — July 14, 2016 — Tech
References: inthemoment.io & producthunt
Share on Facebook Share on Twitter Share on LinkedIn Share on Pinterest
Smartphone addictions are real problems that, paradoxically, can be helped by adding another app. 'Moment 3.0', the newest version of the phone-tracking software, is an iOS app that monitors its users' iPhone and iPad, keeping tabs on daily usage. Unlike most apps on the market, Moment's goal is to get its users to check it -- as well as everything else on their smart devices -- less, not more.

As Moment sees it, the biggest issue with smartphone addictions is screen time. When Moment users surpass the daily limit that they set for themselves, the app sends repeated notifications that block the screen and remind users to put the phone down for the day.

Some aspects of smartphone usage are benign, like listening to music or making an actual phone call, so Moment will not include those usages in its read-out.
0.7
Score
Popularity
Activity
Freshness
Access Advisory Services