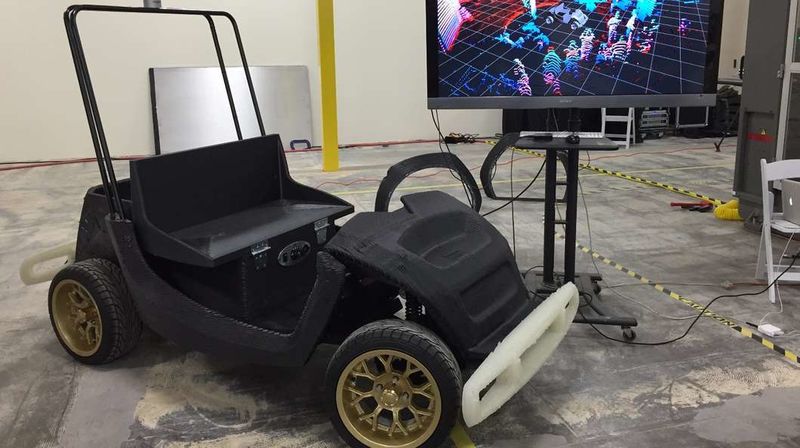 The SmartCart Showcases the Best in 3D-Printing and Autonomous Tech

Rahul Kalvapalle — July 14, 2015 — Autos
References: ns.umich.edu & gizmag
The SmartCart is an autonomous 3D-printed car, developed by Local Motors, that is being tested at the University of Michigan as part of a year-long trial. One of three vehicles being put together for the university's study, the car will be used to research and learn more about low-speed autonomous features.

The SmartCart is powered by a golf-cart motor but features a bespoke fiber-reinforced body. It will be used to develop an Uber-style mobile interface that will allow students to summon a car for transit across campus.

While a university campus is a significantly smaller and more controlled environment than the chaotic real world, this project still offers a whole bunch of interesting basic and complex applications that could change transportation as we know it.