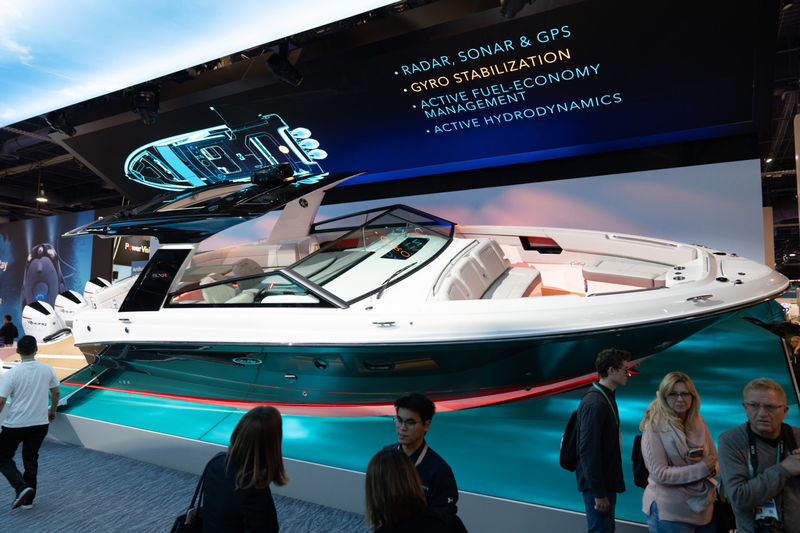 Daniel Johnson — January 13, 2020 — Autos
References: global.searay & techcrunch
Sea Ray revealed it's new technologically integrated 'SLX-R 400e' boat at CES 2020. The boat features the new Fathom e-Power system, which has a lithium-ion battery that contains enough space to power all of the various technology on the boat. The Fathom e-Power system was developed in conjunction with Brunswick, which is one of Sea Ray's partners.

The SLX-R 400e also features a number of 16-inch displays, which provide all of the different information pertaining to the boat's systems. Sea Ray's new technologically integrated boat will be available to consumers before the end of 2020.

The boat is powered by four 450 hp V8 Mercury engines. However, due to the Fathom e-Power system, the boat does not burn fuel when idling on the water.