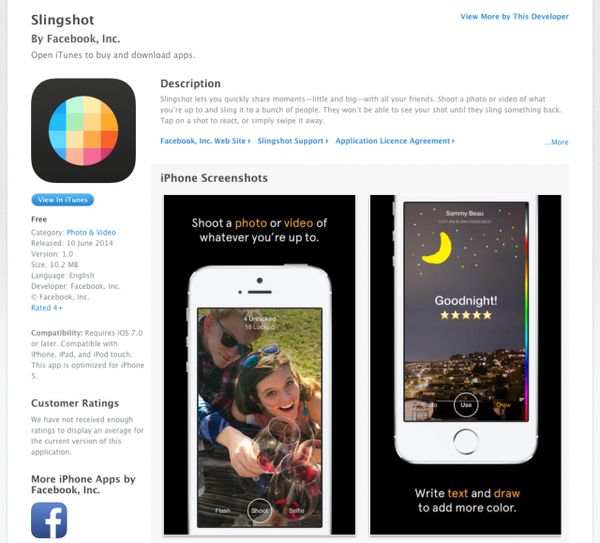 Facebook's Slingshot App Will Launch as a Direct Snapchat Competitor

Just recently, Slingshot was accidentally launched on the Apple store and quickly removed, although there were pictures and descriptions captured that provide a taste of what can be expected from the rival Snapchat app. Alike Snapchat, it seems that with Slingshot you'll be able to snap photos or record short videos and quickly fire off these moments to other Slingshot users. However, users won't be able to view sent content until they "sling" something in return, which seems to ensure that there will be a perpetual back and forth between sender and receiver. Although Slingshot was quick to disappear from the app store, it probably won't be gone forever like a Snapchat.
5.8
Score
Popularity
Activity
Freshness
Get Better and Faster