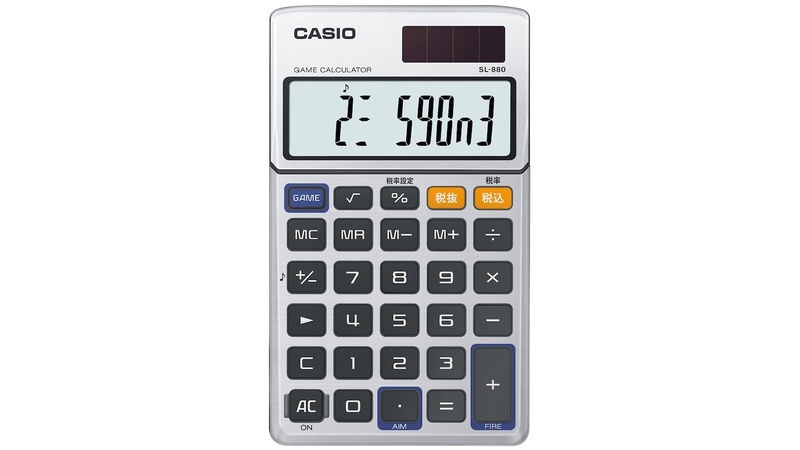 Casio's SL-880 Calculator Hopes to Cash in on Internet Fame

Justin Lam — March 21, 2018 — Tech
References: engadget & gizmodo
Share on Facebook Share on Twitter Share on LinkedIn Share on Pinterest
Casio's new SL-880 calculator is a modern rerelease of the iconic and inadvertently musical MG-880. The original MG-880 was an incredibly popular calculator when it first debuted in 1980, but featured an interesting resurgence in modern tech as innovative musicians began to use the device to create covers of iconic songs. The original calculator was even capable of playing a crude version of Space Invaders, but the calculator was never released outside of Japan.

The re-released SL-880 calculator emulates everything the original was capable of, but also features a solar panel, larger buttons and a bigger screen. Casio has chosen to rerelease this product to meet the popularity of retro video games and to introduce something recognizable and popular back to the market. The calculator will again only be sold in Japan, but thanks to international shipping and online stores, customers from all over the world can get their hands on this musical device.
2.5
Score
Popularity
Activity
Freshness
View Innovation Webinars