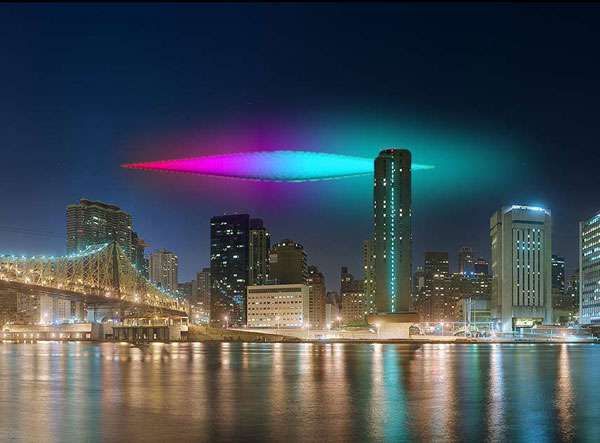 Skyglow was design by Ross Orr, Gary Dewberry, Andy Kiely and Adam Lauri, who took part in a back-to-work scheme called Greenshoots. Greenshoots gave unemployed professionals in the construction industry the opportunity to work on an Evolo Competition in a live work environment which was kindly provided by FHP Architects.

Special thanks goes to Mark Kennedy from Greenshoots, Ian Fewer, Niall Harrington from FHP Architects for mentoring the Greenshoots Scheme and Joergen Geerds at www.newyorkpanorama.com/ for allowing us use his New York photographs.

With colors ranging from red to blue -- red meaning poor results and blue meaning change for the better -- the SKYGLOW airship can be a beacon to which marks the changing of our carbon footprint.
0.9
Score
Popularity
Activity
Freshness
Jeremy Gutsche Keynote Speaker