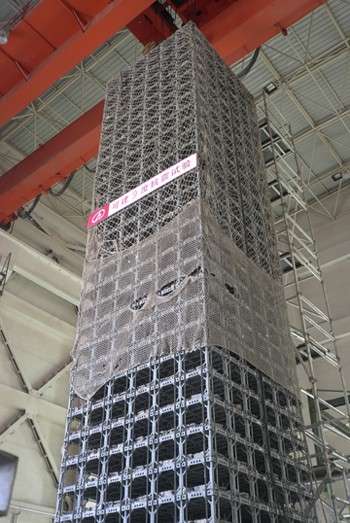 The skyscraper, upon completion, will beat out the Burj Khalifa for bragging rights as being the world's tallest building and is set to stand 33 feet higher than the current world leader.

It will also be completed in a twentieth of the time that it took to finish the Burj Khalifa, lending itself to rake in another record breaking feat.

The secret to its speedy construction, according to the builders, is the use of prefabrication, as approximately 95 per cent of the building will be constructed in modular form on the ground before the structure is eradicated.