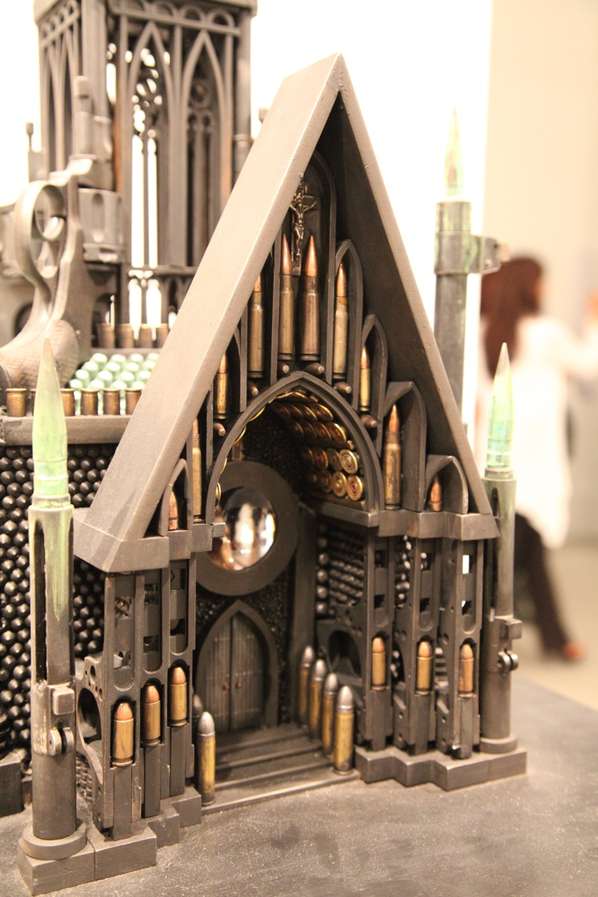 Meghan Young — December 7, 2011 — Art & Design
References: alfarrow & mymodernmet
Share on Facebook Share on Twitter Share on LinkedIn Share on Pinterest
The Skull of Santa Guerro III is definitely not the first of its kind. That is because it was built by an artist who specializes in creating mini building sculptures made out of guns and gun parts such as the Cathedral and Foot Bone of Santa Guerro. All of these dark and gritty works of art are part of his growing Reliquaries series.

Created by American artist Al Farrow, the Skull of Santa Guerro III debuted at the Art Miami's VIP opening night this year. Known for modeling his sculptures after religious places, he says, "The sculptures are an ironic play on the medieval cult of the relic, tomb art, and the seductive nature of objects commissioned and historically employed by those seeking position of power." Thus, he plays with ideas of war and death as well.
1.8
Score
Popularity
Activity
Freshness
Jeremy Gutsche Keynote Speaker