The Crowning of Fashion Icons 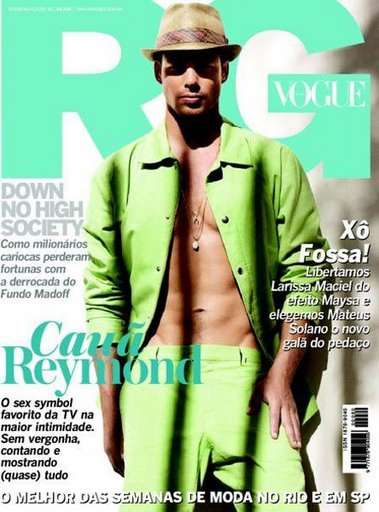 Caua Reymond Poses in Brights and the Buff for Vogue Brazil

I know nothing about this hot dude, so I checked out his Portuguese-language Wiki which indicates, among other things, that 28-year-old gorgeous Cauã is an accomplished actor and model in his native Brazil.

Meanwhile, in the magazine interview, Cauã is quoted as saying, "As a celebrity you don’t have to seduce anymore, people are attracted to you even if you don’t do anything. It’s supposed to be aphrodisiac, I find that very annoying."