Nathan Rothstein, Marketing and Sales at Project Repat
Next
Set of
Related
Ideas 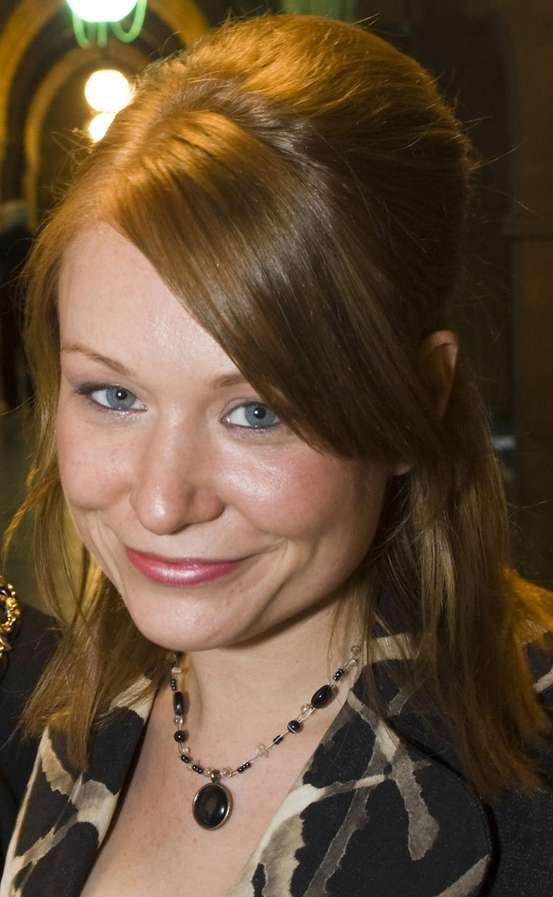 Here, she explores not only how she began to work in the fashion industry, even after a career advisor warned her against it, but also how she shifted careers from being a head designer at Bench & Hooch to starting her own social enterprise.

If you’re an aspiring social entrepreneur, take away one thing from Sissy Rooney’s words: write a mission statement from the get-go. It’s easy to stray away from your cause, she says, and in order to stay on the right track she keeps hers right above her computer.

SocialBusiness.org: How did the idea for the business model come about?

Sissy Rooney: I came up with the idea about three years ago. It stemmed from when I was in school at 15 and I had a meeting with the career advisor, the lady who asks you what you want to be when you grow up. I said I wanted to be a fashion designer, a famous fashion designer, and she told me that I wouldn’t be one of them. She told I’d be a sewing machinist in a factory. At the time, there was a program on the telly with sewing machinists in factories and it was a really Northern, typical, depressing program. And I just thought: that’s not what I want to do with my life; I want to be a fashion designer.

So after about two to three months, I went off the rails, I didn’t go to school, I didn’t feel like school was going to give me what I wanted. Lucky enough, there was a textiles teacher at school who saw I was really good at fashion design. She sent home two tickets to see a fashion show. So I went to this college, I was sixteen years of age, and I saw the fashion show, and I enrolled right away.

I did eight years of fashion education, so up to a degree level. And then I worked at Bench & Hooch as a head designer, and then I started my own fashion company up. I used to make all of the clothes myself and sell them at market stores and boutiques. And then after doing that for about two years, I just felt really disheartened making clothes for girls to look good on a Saturday night. So it wasn’t giving me the feel-good factor. It was just me on my own making clothes for girls to wear, look good, and then that’s it, that’s the end of the journey for me.

So I went to bed one night and I woke up not long after I went to sleep and I came up with the idea to start Street Style Surgery. I got a big brown envelope, I wrote down all my ideas and that was in March 2007. My idea was to set up a social enterprise that works with young people, that teaches them how to be fashion designers, that lets every student know that they can be a famous fashion designer. So it sort of goes back to where I was when I was fifteen. I feel like if somebody would have come into school when I was younger and said to me, “You can be anything you want to be,” then maybe I would have stayed in school, maybe I would have gotten my qualifications, maybe I wouldn’t have had to go the long way around by going back to college and going into a basic course and working my way up. So that’s where the idea comes from.

I’ve now ticked every single box off my list on that envelope; I’ve done that twice over. I’ve just expanded the company, as you can see from the new website. I saved up last year, I saved up a lot of money -- it’s very expensive for me -- and invested it into the website. It took quite a while to find the right web developer, but I found the ones that I’m happy with. Now my aim is to be the Northwest biggest provider of fashion workshops to young people. I want to offer stuff like DJing, music production, storytelling, make-up classes. I want to be the first person people call when they want a workshop. So for example, if I worked in a special needs school and I want workshops for my young people, I’d go onto my website, I’d click the special needs tab and every workshop under there would be tailored exactly to the end user. I find it a problem sometimes, for example, I work a lot in prisons, so I work with a lot of young offenders. Now, sometimes they book a workshop and a girl or a boy turns up who has never had any experience of work with young boys in prison. That workshop doesn’t work. The facility ends up being frustrated, the young people are frustrated and the person who has paid the money is frustrated. My organization aims to stop that frustration. If you would look now for a workshop to work with NEETs (not in education, employment, or training) -- kids who are doing nothing, really… They’re quite hard to reach these kids. If you were asking me for a workshop for them, I wouldn’t give you a stitching workshop, I’d give you maybe a spray-painting workshop or a beatboxing workshop or a dancing workshop. So my aim is to be the key individual person that brings the practitioner and brings the workshops together -- all in one.

SocialBusiness.org: How do you get your inspiration?

Sissy Rooney: I get a lot of my inspiration from social enterprise stories, for example, my heroine is Anita Roddick from the Body Shop. You know that quote she says: “'If you think you're too small to make a difference, you've never been to bed with a mosquito.” I’m just a small little girl in Manchester, I haven’t got much money, I don’t have a big flash car. I’m a small little person but I can make a difference. I’ve got a bite on me so I will really strive for what I want.

Stories like TOMS really inspire me. The power of doing something for someone else. There’s also a story about the Bicycle Academy (a UK-based social enterprise). He crowdfunded all the money to set his business up within four days. You pay 500 pounds, you make a bike and it goes to a third world country. So you make a bike for somebody else and then you can use all the resources within their working room to make your own bike. Stories like this inspire me and they keep me on track and help me know that what I’m doing is right.

Also, when I advertised for jobs, for positions within my company, I got 250 people who responded: creatives to circus and drama people to musicians. These were all people who are unemployed at the moment and can’t find work because of the economic climate we’re in. It makes me feel good to be bringing these people in and paying them a daily wage to do workshops for young people.

SocialBusiness.org: Do you have any advice for aspiring social entrepreneurs? What have you learned from working in a corporate setting and then moving the other way to Street Style Surgery?

It sounds like a small thing but I think from the start, write a mission statement. You can stray away from it… In a social enterprise sometimes it’s more difficult to make money than in a normal business. It shouldn’t be! But it is sometimes. I think you start straying from what your cause is and I think if you’re passionate about your cause, you should remind yourself on a daily basis. My mission statement is above me right now. It’s about providing a creative environment for young people to feel safe. So my one piece of advice is to have a mission statement and stick to it and put it in a place where it reminds you of what you’re doing. That’ll give you faith to carry on.

SocialBusiness.org: There’s more of something bubbling in the U.K. than here (Toronto). We still have things going on but it’s not the same feel. I went to London in May and it was nuts. I was surprised by how much activity and buzz there was in the community.

SocialBusiness.org: You’ve already touched on my last question, but expand on what you want for the future of Street Style Surgery. I know you said you want to be the premier place to go for workshops. What’s the plan?

I won a scholarship to India; I was nominated as UK Young Fashion Entrepreneur of the Year a couple of years ago and I went to India and worked in the slums in Mumbai. I ran some of my workshops. My number one aim for Street Style Surgery is for it to have its own fashion collection that’s designed by young people. So whether that be four t-shirts a year manufactured abroad or in India with the proceeds going to street charities abroad. I’d like my young people to go into Primark or Topshop or somewhere and see their own design. I’d like to have my own mini collection that young people designed.

I also want to offer placements. So say someone I worked with is a photographer and he’s really cool, I want to bring him on board so he can teach the next generation of young people photography. I’d like to offer placements to people and also have a mini fashion collection so there’s something that young people can work towards and that could be a social enterprise in itself, a Street Style Surgery t-shirt label.
3.8
Score
Popularity
Activity
Freshness
Attend Future Festival