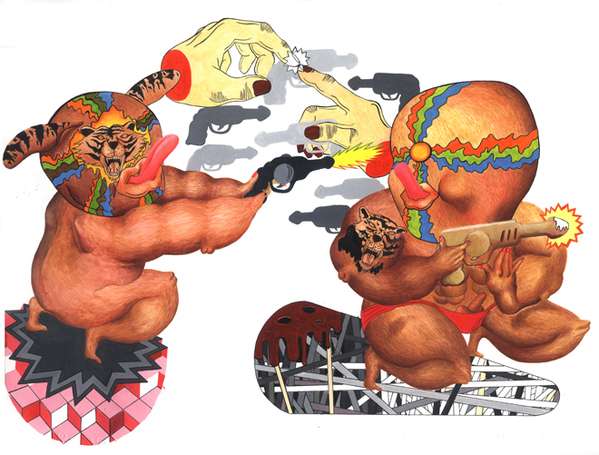 This Sirima Sriraksa Series is Strange

Much of the series depict interactions between various strange characters, but it's unclear whether or not these exchanges are of an affectionate nature. In fact, a few scenes show these characters in contest with one another, struggling for some object or even shooting their partner. Still, many of the illustrations do depict Sriraksa's characters doting upon some object or fellow character. Such amour is not consistent in the series though.

Perhaps Sirima Sriraksa is seeking to convey the often fraught and neurotic nature of more passionate emotions such as love. Whatever the case, the series evokes thought and curiosity, a welcome effect in most art.