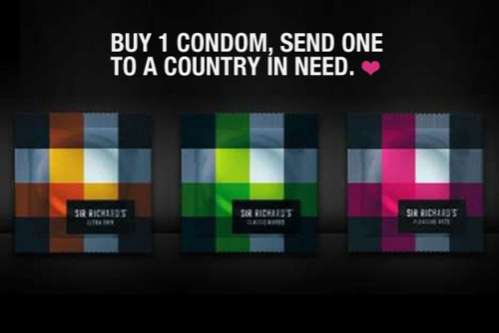 “Together we can grow Sir Richard’s into a catalyst for global change -- knowing that for each condom purchased here in the U.S.,  one will be donated through our collaboration with Partners in Health in Haiti,” the site explains.

With an innovative eye on their target demographic (college students), they took it a step further by coming up with a unique design. Just like Kotex made tampons “fun” with bright packaging, Sir Richard’s (props for the name) dressed up their condoms in plaid wrappers in shades of blue, orange, pink and green.

That still wasn’t enough though. Instead of hoping potential customers would find them via ads on shelves, Sir Richard’s condoms is kicking off their “rubber meets the road” campaign this fall. They’ll be sending Lady Lucy, a retro VW van, to college campuses on the west coast and will recruit students to spread the word.