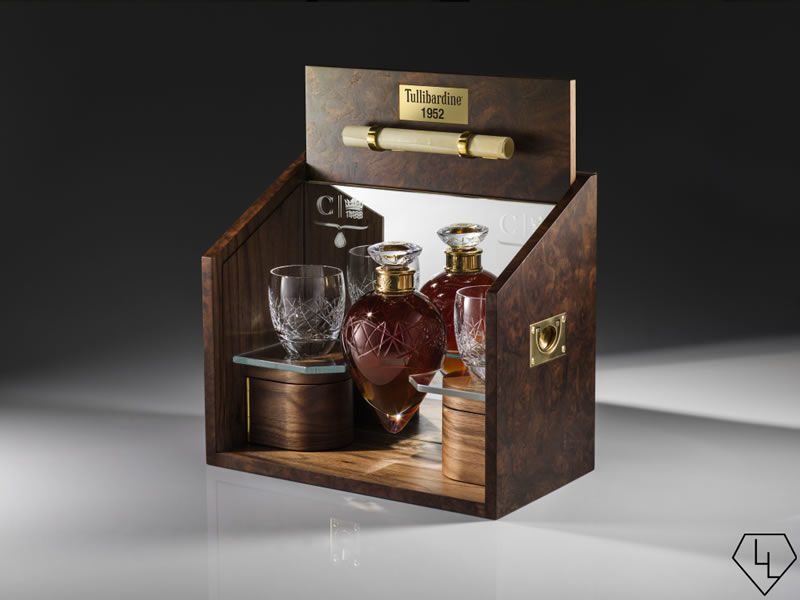 Tullibardine's Oldest Single Malt Whiskey is Valued at Over 30k

Vasiliki Marapas — July 3, 2015 — Luxury
References: tullibardine & luxurylaunches
Share on Facebook Share on Twitter Share on LinkedIn Share on Pinterest
There are several things that tip off how good Tullibardine's latest single malt whiskey is. The first, is the fact that Matthew Johns, the brand's commercial director, called it the “most exceptional Single Malt Whisky Tullibardine has ever created”; the second, is the $31,000 price tag.

While it might seem absurd to charge thirty thousand dollars for a distilled alcoholic beverage, the 1952 Custodian Whisky is one of the oldest and rarest out there. Originally crafted over six decades ago, the whiskey has been maturing since the rule of King George VI, so I guess you could say you're buying a little slice of history.

The exclusive beverage -- there were only 70 bottles manufactured -- will be sold via invitation only. As of right now, 25 bottles have been reserved, showcasing that the demand for exclusivity in the alcohol market is high. The Custodian will be bottled in a gold and crystal decanter Baccarat, specially commissioned for the honor of housing such an exclusive batch.
2.7
Score
Popularity
Activity
Freshness
Get Trend Hunter Dashboard