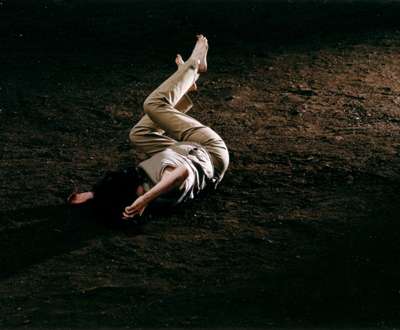 The series features Obarzanek's subjects in various poses, such as lying down on the grass or simply just chasing a ball. The poses, though ordinary, are taken to another level with Simon Obarzanek's use of light. The subject is cast in the light, with the setting around them dark. Additionally, Obarzanek manages to obscure the faces of his models, creating an eerie feeling. The setting is basic -- a grassy area -- which resonates with viewers, as they can see themselves in the same setting.

The 'Untitled Movement' series is a must-see for anyone who can appreciate Simon Obarzanek's ability to capture subjects in a new light, evoking the viewer to think that they could easily be in that frame in the same position.
5.1
Score
Popularity
Activity
Freshness
View Innovation Webinars