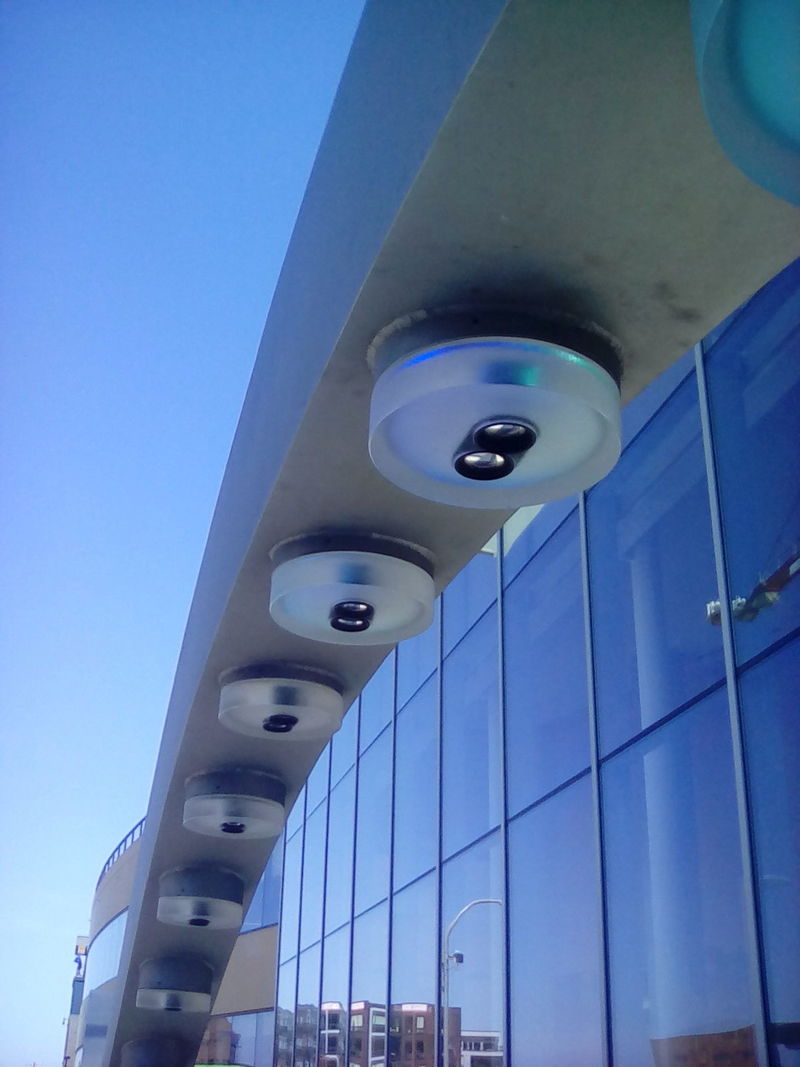 Justin Lam — December 6, 2018 — Art & Design
References: atlasobscura
Downtown financial districts around the world often feature some works of public art, but Minneapolis' Sidewalk Harp manages to stand out by hiding a musical secret. Created by Jen Lewin, the Sidewalk Harp features a series of glowing LED lights, each of which produces a distinct musical tone. The lights each represent a string on a harp and can be played in a variety of ways. Certain actions will elicit different sounds ranging from plucked noises to strumming tones.

Located outside the office of a nonprofit organization, the Sidewalk Harp is completely open to the public and was built with user interaction in mind. Some people simply pass the installation without noticing it, but thanks to its distinct sensors many accidentally come in contact with one of the LED light beams and produce a sound. Ultimately, the public instrument is meant to inspire whimsy and creativity in all people that pass by it.
2.1
Score
Popularity
Activity
Freshness