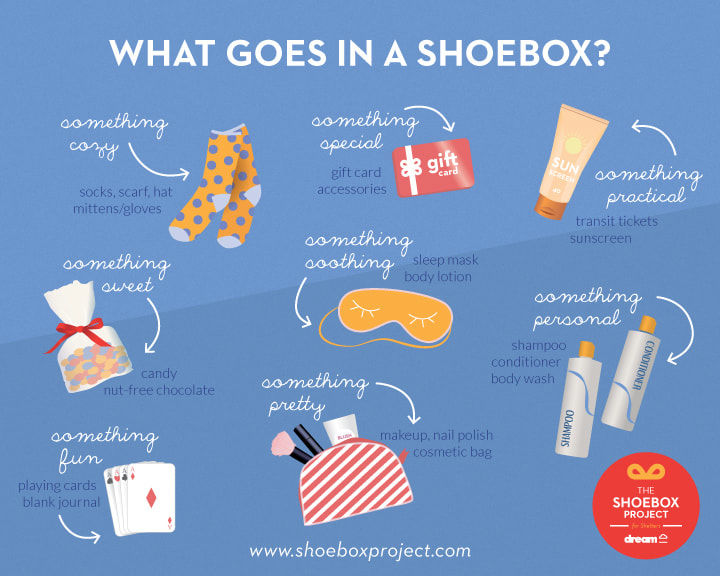 Riley von Niessen — November 30, 2018 — Social Good
References: shoeboxproject
Share on Facebook Share on Twitter Share on LinkedIn Share on Pinterest
The Shoebox Project for Women is a charitable initiative that's supported by Dream, which aims to provide those who are living without stable shelter to have better access to products that many consumers take for granted. The organization has partnered with Allstate for the third year in a row this holiday season. "Each year, Allstate drives campaign donations and encourages local Toronto community members to fill empty shoeboxes with vital -- yet enjoyable gifts -- for women living in shelters across Canada."

Intended to enhance self-esteem and reduce feelings of isolation, the products inside the festively decorated shoeboxes range from cozy pajamas and makeup products, to essential personal care items and gift cards. All together, each one of the shoeboxes include about $50 worth of products.

Since it was founded back in 2011, the Shoebox Project has grown exponentially, with 2018 set to break last year's record, when over 40,000 boxes were donated. Over the years, the initiative has led to over 130,000 donations, which have been distributed at 80 volunteer-run locations throughout North America.

Since its involvement, Allstate has also helped more than 2,300 women and is accepting donations at participating locations this holiday season. These drop off locations include agencies in Saint John, New Brunswick, two in Prince Edward Island, two in Calgary, Alberta and eighteen locations across Ontario including four in Ottawa and two in Mississauga.
3.3
Score
Popularity
Activity
Freshness
Get Better and Faster