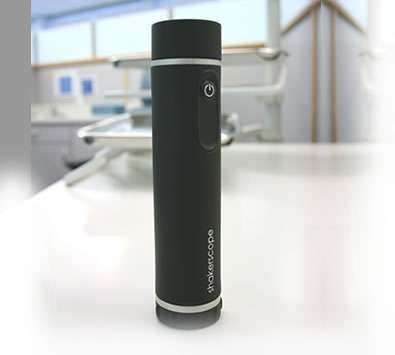 Shining a Light on the Self-Powered ShakerScope

macoROCKS — January 2, 2009 — Eco
References: shakerscope & core77
Share on Facebook Share on Twitter Share on LinkedIn Share on Pinterest
The ShakerScope, a self powered flashlight that requires no batteries or electric charging, gives off 10 minutes of bright light after being shaken for 30 seconds. Although many would agree that this is a very useful object, the story of the ShakerScope is a moving one, for it has been in the making for 13 years.

UK citizens Dr. David Williams and John Dingley developed a prototype in order to find companies that would fund its manufacturing. However, they couldn’t find buyers, as most thought it wasn’t technically or commercially viable. Finally, the inventors applied and got funding from the Welsh Government, and decided to approach the National Center for Product Design (PDR.) PDR saw the ShakeScope’s amazing potential for applications in third world countries as well as disaster areas.

With the help of PDR, the product went through a substantial redesign so that the product’s charge time could be minimized, while giving off the brightest light possible, in addition to other features, such as the ability to work in any situation, ranging from snowy and cold, to dry and hot, and the ability to be waterproof, shockproof, and easy to sterilize.

The pre-production prototype has already been used, and positively reviewed by Army medics in Afghanistan. As you read this article, this device is gaining in popularity, so it should come as no surprise to see the ShakerScope being used all over the world.
2.1
Score
Popularity
Activity
Freshness
Access Advisory Services