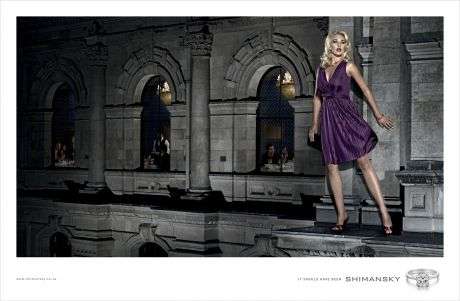 The Shimansky Jewelers ad plays out a marriage proposal gone wrong. Apparently, after proposing to his girlfriend, the boyfriend presents her with an unworthy ring. The gold-digging spoiled-rotten shallow girlfriend then bolts, as fast as she can. The slogan: “It should have been Shimansky Jewelers.”

The Shimansky Jewelers ad begs the question; whatever happened to marriage based on love?
3.7
Score
Popularity
Activity
Freshness
Get the 2021 Trend Report FREE