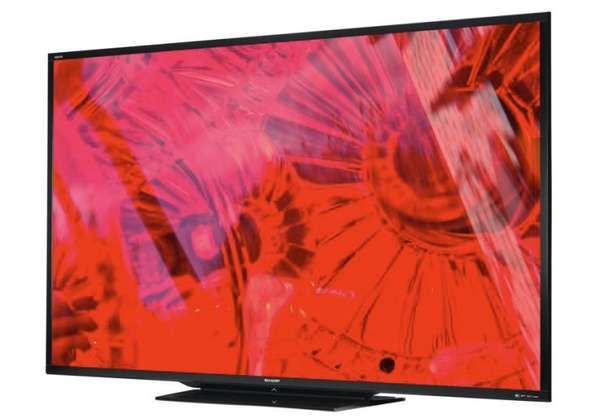 The massive screen measures a whopping four feet tall in height and six feet tall in width and weighs as much as a human being at 141 pounds. Impressively however, Sharp still manages to keep the screen thickness to less than 5-inches making it a sleek addition to your entertainment center -- provided of course, that you are able to hoist it up onto the wall.

The built-in Wi-Fi component and HD resolution paired with the sheer size of the screen will have you never wanting to pay to go to the cinema again. Although, at a bank-breaking cost of $10,999.99, purchasing the TV means that you probably won't be able to afford to go for awhile, anyway.