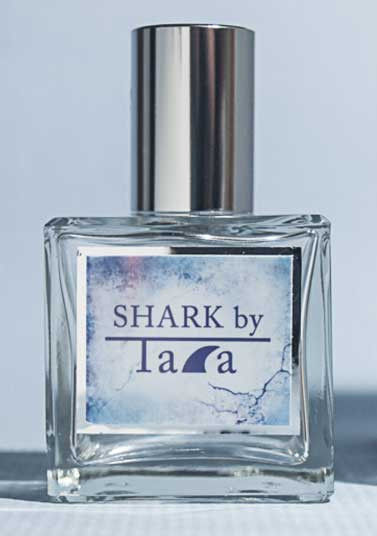 Tara Reid's Shark by Tara Fragrance Was Inspired by Sharknado 2

Laura McQuarrie — August 5, 2014 — Fashion
References: tarareid & mtv
Share on Facebook Share on Twitter Share on LinkedIn Share on Pinterest
With Syfy's Sharknado 2: The Second One setting new records for the network, it's not surprising that the Sharknado actress Tara Ried released 'Shark by Tara,' a shark-inspired perfume. The idea of a Sharknado perfume sounds like it would be terrifying and gruesome, or at the very least fishy smelling, but the perfume is actually light and fresh, featuring notes of mint, citrus, musk and jasmine.

The perfume is described as being perfect for daily wear, andn it's packaged in a simple bottle with a logo that has surfboard and shark fin elements, in addition to a delicate lavender color. Although the fragrance may look and smell nothing like a cinematic Sharknado attack, it's probably one of the few shark-inspired things that you can get away with wearing every day.