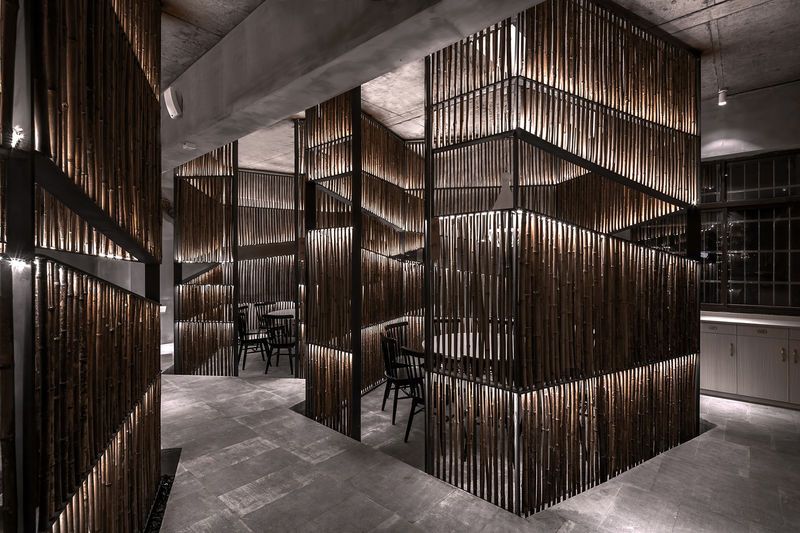 Joey Haar — January 4, 2018 — Art & Design
References: archdaily
Share on Facebook Share on Twitter Share on LinkedIn Share on Pinterest
One of the basic tenets of restaurant dining is that, when given the option, on should always take a booth, so the new Shandao Restaurant in Fuzhou, China, helps to make adherence to that principle easier for patrons. That's because the unique restaurant concept puts every single table within a cage-like bamboo facade, giving each party an intimate dining experience.

Part of the inspiration for Shandao Restaurant comes from the nature of the building as a whole. It originally housed offices, and so the layout of the space made traditional restaurant seating somewhat awkward. Rather than struggling with optimal table positioning, the designers leaned into the idea of cubicles and the traditional office environment, expanding the idea to host parties spending an evening out.

Many of the aforementioned bamboo cages rise from the ground floor up several stories, giving the space a natural growth that contrasts against its corporate history.
5.1
Score
Popularity
Activity
Freshness
View Innovation Webinars