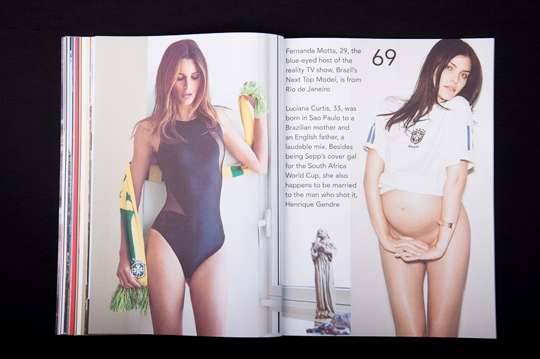 Sepp Magazine is Dedicated to the World Cup

If that combination doesn't draw you in, everyone's favorite fashion daddy Karl Lagerfeld drew some of soccer's most famous athletes for this issue. Take this issue of Sepp Magazine in, as it only comes around during each World Cup.

Implications - Fashion is a profitable sector in the sports industry due to loyal fans willing to shell out a few bucks to look like they're a part of the team they support. Plus, teams in different leagues represent a city, therefore it becomes all the more important to design a good-looking jersey that encouraged patriotism.
5.3
Score
Popularity
Activity
Freshness