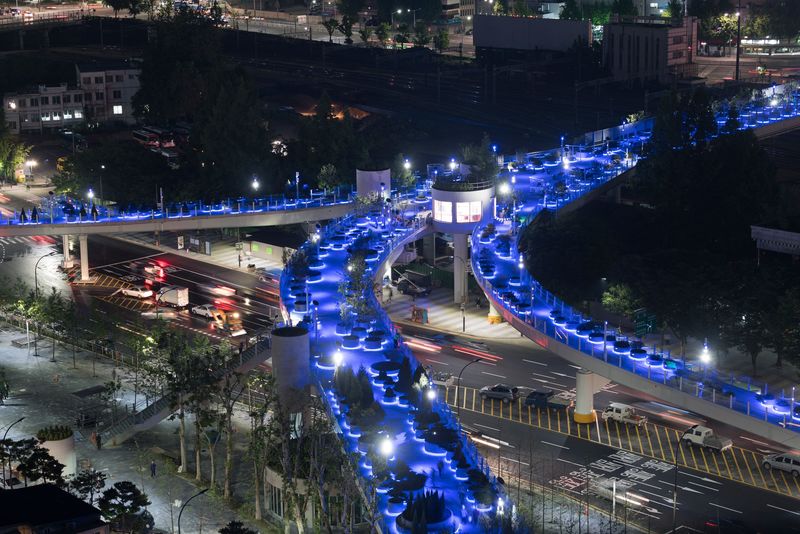 MVRDV Transformed a Seoul Highway into a Garden Promenade

Joey Haar — May 22, 2017 — Art & Design
References: dezeen
Share on Facebook Share on Twitter Share on LinkedIn Share on Pinterest
Though they were once thought to be efficient arteries for transportation, urban highways have fallen out of favor in the minds of urban planners, which left the Seoul highway that ran through a kilometer-long stretch of the city in a complex position. The highway, which was built in the 1970s, was no longer a viable conduit, so the city looked to Dutch design firm MVRDV for a solution.

Taking cues from the hugely popular High Line walkway in Manhattan, MVRDV transformed the Seoul highway into a pedestrian walkway called Seoullo 7017. It is replete with hundreds of planters that display a wide variety of foliage, giving the formerly barren concrete piece of urban engineering a new, green imagination. The plan also simultaneously removes cars (and their attendant carbon emissions) while adding plants (which consume carbon from the atmosphere.)
3.4
Score
Popularity
Activity
Freshness
Access Advisory Services