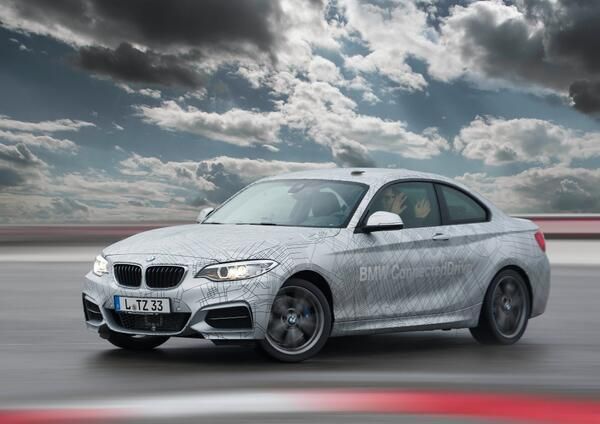 Michael Baxter — January 8, 2014 — Autos
References: bmw & theverge
Share on Facebook Share on Twitter Share on LinkedIn Share on Pinterest
BMW’s self-driving car is one of a kind. It’s not just a car that drives itself but it also drifts itself. For the uninitiated, drifting may be the coolest thing you can do in an automobile and doing it in a BMW increases the style factor 10 fold.

Given the fact that the car is using only its own built-in GPS and the sensors one would find on other companies' self-driving cars, this is really impressive. Google had a Prius that drove like how you would think the driver of a Prius would drive, leisurely and cautious. While safe is fun, BMW has its car whipping around a race track in Vegas because let’s face it -- if you bought this car, going around sharp turns wildly is probably the thing you would want to be doing.

The BMW takes adrenaline to an all-time high and for a self-driving car, it handles the road surprisingly well.