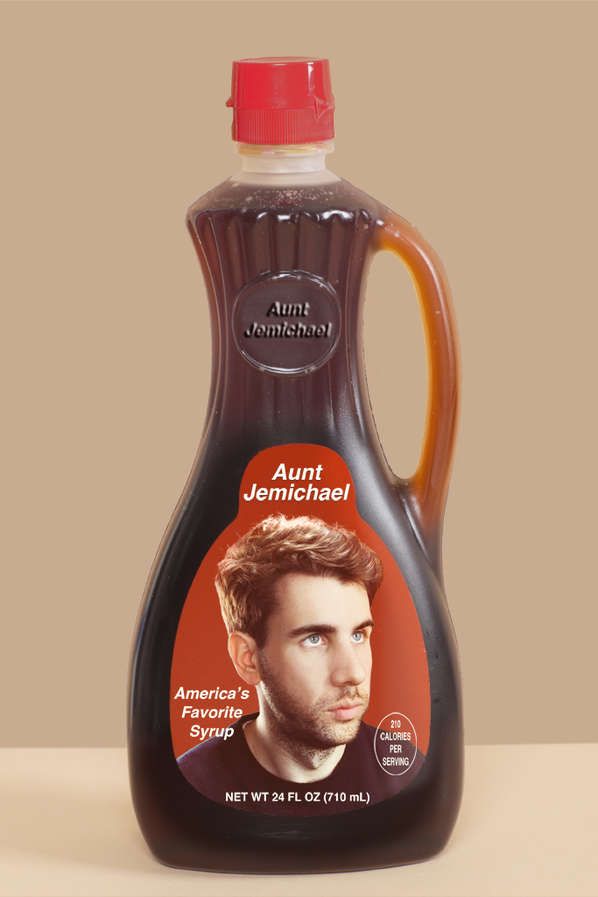 Meghan Young — July 12, 2013 — Marketing
References: mikemellia & fastcocreate
Share on Facebook Share on Twitter Share on LinkedIn Share on Pinterest
The growing popularity of social media platforms such as Facebook, Twitter and Instagram has created a society of narcissism, which Self-Absorbed by Mike Mellia, an artist based in New York City, addresses. Instead of flocking to these websites and apps, however, the vainglorious American visionary has decided to simply force his world onto everyone else's world through the careful reproduction and placement of common products.

From pancake syrup to cigarettes and milk, Self-Absorbed by Mike Mellia rebrands familiar labels with the artist's own face and name. His website reads, "As an ongoing project since 2012, Mike Mellia has been surreptitiously placing these self-branded products inside local bodegas, supermarkets, and people's homes as an alternative to social media's online status updates." Clever and creative, it might be just the reality check people have been needing.
1.4
Score
Popularity
Activity
Freshness
Get Trend Hunter Dashboard