Top 85 Eco Trends in February
Next
Set of
Related
Ideas 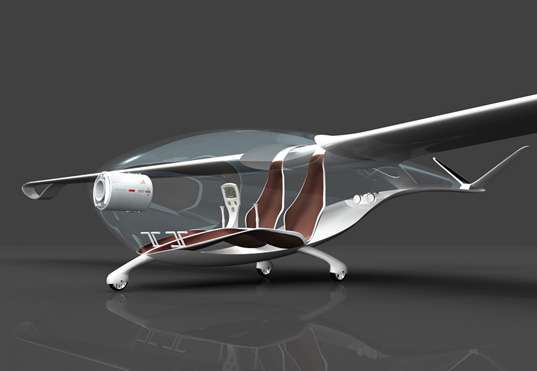 Cernat says he is â€œReinventing the lifecycle of a planeâ€ with the Oriens. He has designed it with a 'Cradle to Cradle' design philosophy whereas the plane is designed that it can be completely disassembled, and all of its parts recycled.

The plane is ecological in its energy use as well. The tops of the y-shaped tail and wings are covered with solar panels with power a zero emissions electric motor. When the plane is not under electric power, the propeller collapses inside the plane's nose so there is no turbulence while gliding. There is back up fuel engine for emergency use.

The Oriens' pilot would have an extraordinary flying experience looking through this aircraft's transparent polycarbonate body.