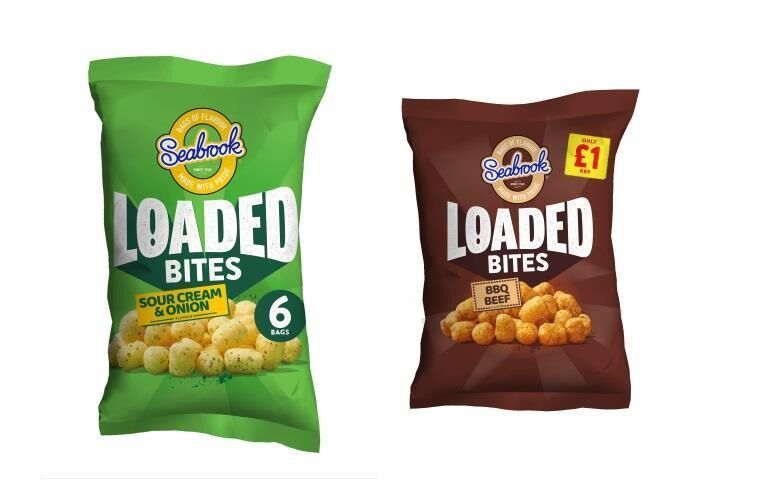 Michael Hemsworth — November 5, 2021 — Marketing
References: seabrookcrisps & conveniencestore
Share on Facebook Share on Twitter Share on LinkedIn Share on Pinterest
The Seabrook Loaded Bites have been announced by Calbee UK as a new addition to the original Seabrook Loaded range that will provide consumers with a satisfying snack option to enjoy whenever the mood strikes. The snack is achieved with small, bite-sized bits that are covered in one of two flavors including Sour Cream & Onion and BBQ Beef, which both come in sharing bags, six-packs and 55-gram £1 price-marked packs. The products build on the success of the Loaded Fries and are positioned to be well-received by consumers as they crave more satisfying snacks to enjoy in the cold weather.

Commercial Director at Calbee UK Jon Wood spoke on the new Seabrook Loaded Bites saying, "We’re thrilled to expand our Loaded range to now include Loaded Bites, created to shake up the snacking category. The range delivers a modern twist on some of the UK’s favourite snacking formats, we’re immensely proud of how Loaded Fries has performed since its launch last October and wanted to capitalise on its success by growing the range as part of our continuous innovation drive. Loaded Fries is the Seabrook brand’s first extension into the wider snacking market and the reaction has been extremely positive with both trade and consumers. We have high hopes for Loaded Bites performing just as well in the market.”
3
Score
Popularity
Activity
Freshness
Get the 2023 Trend Report FREE