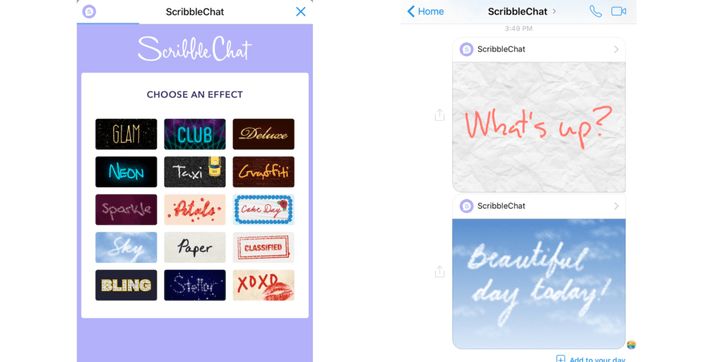 Joey Haar — April 28, 2017 — Tech
References: getscribblechat & marketwired
Though convenient and connective, text messaging bleaches much of the personality out of interpersonal communication, and ScribbleChat is a new text message extension from Handwriting.io that hopes to make texting more demonstrative. The app allows texters to send messages in their own handwriting, creating a more tactile message thread that feels immediate (as opposed to the distance of typically typed texts.)

Once upon a time, the only form of written communication that anyone used was letters, which meant that people were exposed to one another's handwriting constantly. One's unique handwriting became a personal marker, with closeness in a relationship indicated by people's ability to recognize each other's fonts. ScribbleChat hopes to bring that sentimental nicety back into the 21st century by allowing for handwriting within digital conversations.
1
Score
Popularity
Activity
Freshness