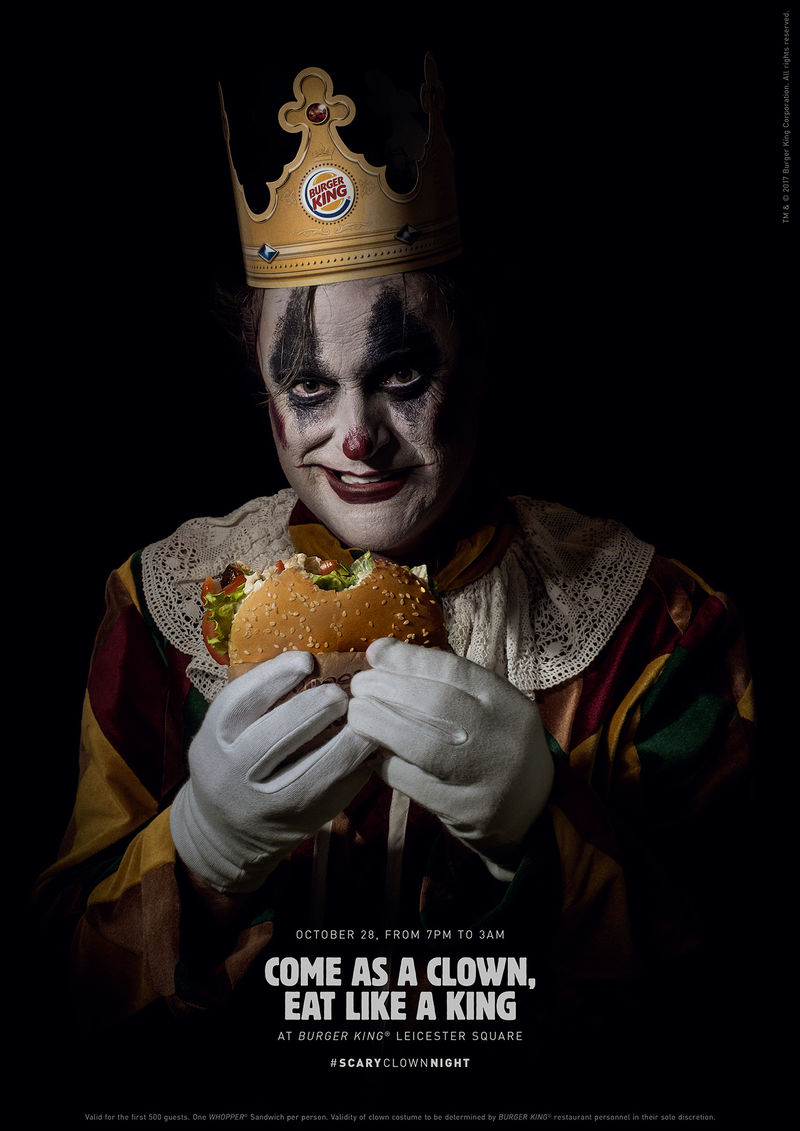 The Halloween-themed promotion was launched on the burger chain's YouTube channel in a spooky video that outlined the details and rewards associated with the campaign. In addition to the video, the brand also released a digital print iteration of the campaign, which included a series of images that featured terrifying clowns holding the famed sandwich. Under the image, the slogan reads "Come as a clown, eat as a king."

The campaign's participants are encouraged to engage with the brand online, tagging their photos with #ScaryClownNight.
3.3
Score
Popularity
Activity
Freshness
Attend Future Festival