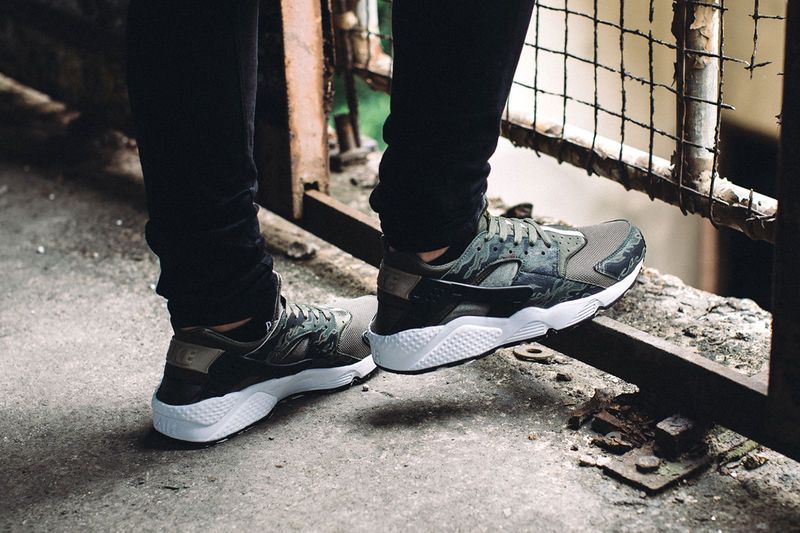 The SBTG for HYPEBEAST Nike Air Special Editions Are Must-Sees

Rebecca Byers — May 1, 2015 — Fashion
References: store.hypebeast
Share on Facebook Share on Twitter Share on LinkedIn Share on Pinterest
The SBTG for HYPEBEAST Nike Air Force 1 and Nike Air Huarache special edition sneakers are two pairs of must-see kicks boasting a refreshed take on the classic bases from impressive Singaporean artist Mark Ong (aka SBTG). Known for his exceptional work in the world of custom footwear, SBTG made the most of this exciting partnership in creating two military-inspired editions of the Nike Air Force 1 and Nike Air Huarache.

Known for his gold-tinged logo and a heavy reliance on camouflage, SBTG is able to translate his personal style into two totally reimagined versions of classic sneakers.

The SBTG for HYPEBEAST Nike Air Force 1 'AWOL Camo' has been reinterpreted to feature a camouflage Swoosh against a classic white base that is highlighted by the inclusion of gold logos that have been hand painted onto the upper.