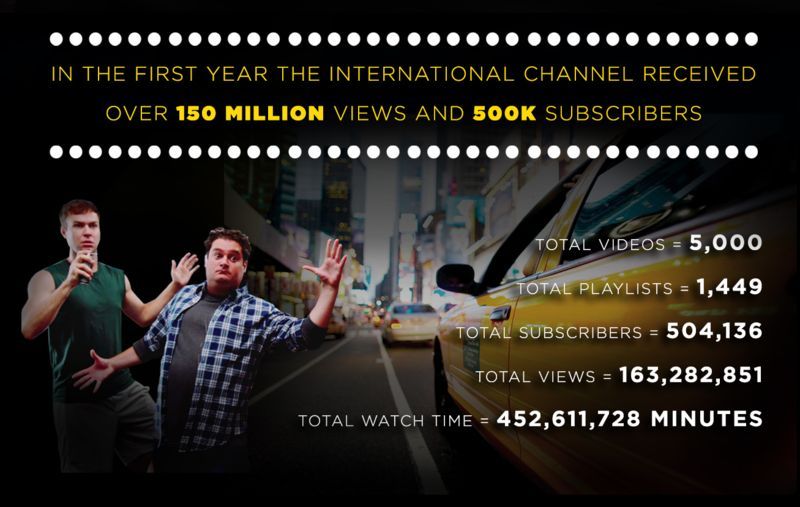 Rahul Kalvapalle — October 15, 2014 — Pop Culture
References: zefr-press.s3.amazonaws
Share on Facebook Share on Twitter Share on LinkedIn Share on Pinterest
Saturday Night Live is now into its 40th season, and its popularity and impact on global pop culture only continues to grow. The iconic American sketch comedy show has been hosted on YouTube for just about a year now, but you wouldn't guess that if you looked at the statistics contained in this infographic.

The infographic shows that in just one year, the international Saturday Night Live YouTube channel garnered 150 million views and half a million subscribers. The channel hosts roughly 5,000 videos in nearly 1,500 playlists, which have collectively attracted over 450 million minutes (and counting) of watch time.

The infographic charts the show's popularity in countries as varied as India, Sweden, Mexico and France, all of which provided over 4 million views.

The demographic most into the show is that of males aged 25 to 34. Approximately 64% of views come from male viewers and 36% from females.
5.1
Score
Popularity
Activity
Freshness
Get Trend Hunter Dashboard