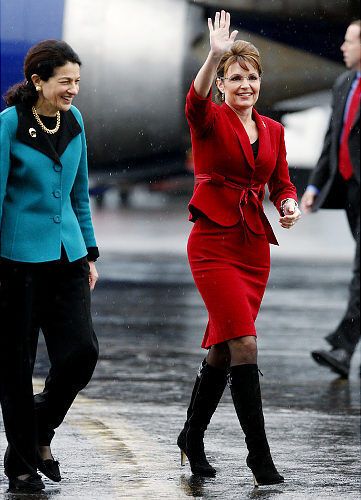 Sarah Palin’s hair and makeup set back the party-loyal donors about $5,000. A spokes person said it is meaningless to dwell on the issue since the clothing will be donated to a charity after the campaign.

Sarah Palin might consider hooking up with Cindy McCain to really learn how to blow through the cash for clothes. Cindy McCain spent $300,000 on just one outfit. Of course she paid for it herself, and no campaign donations were used. I remember the shock and awe of when John Edwards got a $400 haircut, John McCain bought a pair of $520 black Ferragamo shoes and Hillary Clinton got jabbed for styling sessions that cost about $3,000.

Sarah Palin has taken politics to a new fashion level. The Republican National Committee has the bills to prove it.
2.8
Score
Popularity
Activity
Freshness
Get Trend Hunter Dashboard