Hunting Your Own Meals 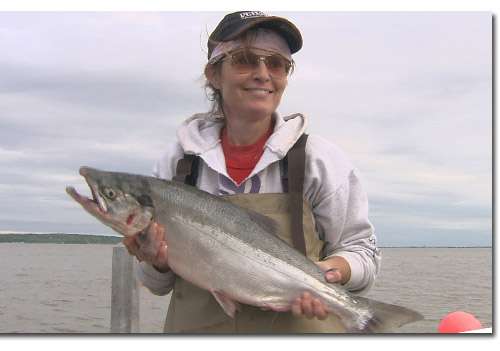 And yes, that is Sarah Palin in the photos, fishing and hunting her own food.

In addition, Palin says running has always been a part of her fitness regime -- and believe it or, not that's exactly why she named her first born Track. Yes, Track, like a jogging trail. In the summer, Palin says she'll even run at midnight because it's still light out in the far north at that hour. The Sarah Palin routine is also supplemented with weights and snowboarding to build upper body and core strength. During her pregnancies, Palin says she amps up her routine to include aerobics.

Her vice (yes, even Sarah Palin has diet weaknesses) is a white chocolate mocha now and then, as well as skipping breakfast.

Palin has also been named a style icon, and her fit physique is highly attributable to that. Check out more on Sarah Palin as a pop culture icon, as well as some innovative diet tips below.
4.7
Score
Popularity
Activity
Freshness
Attend Future Festival Virtual