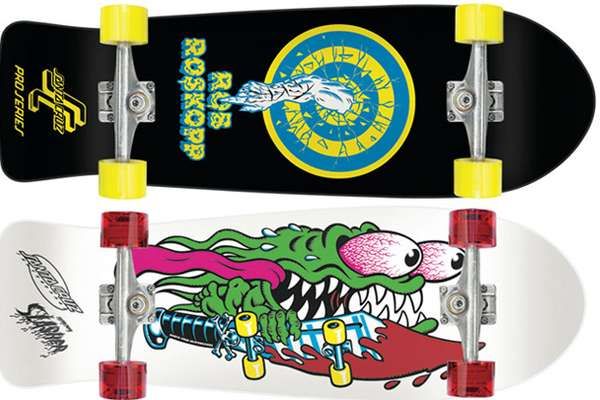 Santa Cruz skate decks are known for being outlandish, graphic and vibrant. To pay a tribute to days of 80s skate deck styles and their collaboration with Slasher magazine, Santa Cruz released re-issues of the 80’s Slasher, Keith Meek’s pro model, and the Rob Roskopp Target 1 deck. The eccentric skateboards feature stunning graphics done by illustrator Jim Phillips. The decks are offered in pink, green, yellow and black.

If you have a passion for the rich and lively history of skateboarding culture, then this series of decks by Santa Cruz is for you.
3.8
Score
Popularity
Activity
Freshness
Get Better and Faster