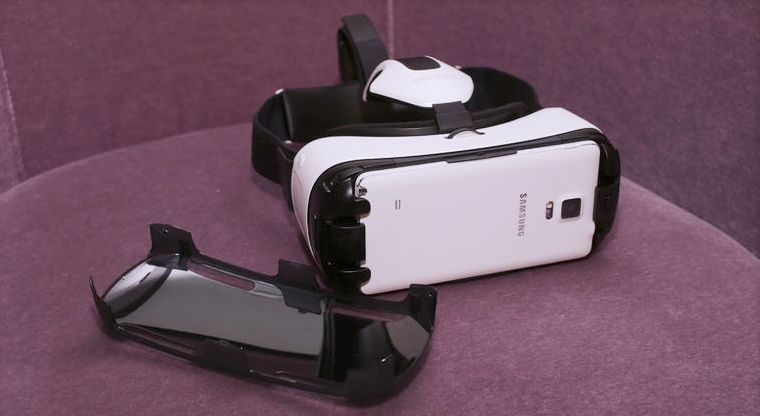 The Samsung Gear VR is Powered by Oculus Technology

Jana Pijak — September 26, 2014 — Tech
References: samsung & cnet
Powered by Oculus technology, the long-awaited Samsung Gear VR was recently announced at IFA, leaving tech enthusiasts in a frenzy. The innovative concept is compatible with the company's Galaxy Note 4 tablet and aims to change the way that one interacts with their mobile devices.

Samsung Gear VR is a headset that resembles Oculus Rift but uses a removable tablet as its display screen. The piece is fitted with Samsung's Galaxy Note 4 and is worn on one's head. When applied, this virtual reality headset immerses its wearer into a world of experiential tech and makes this feature available through one's mobile device.