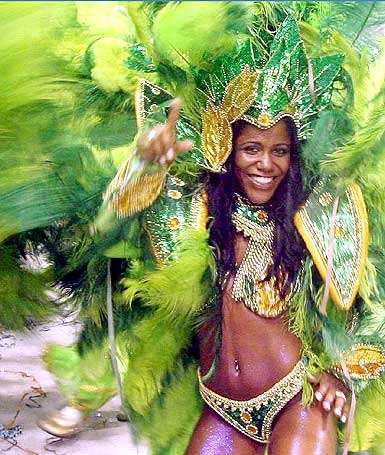 Bianca — January 24, 2008 — Art & Design
References: rio-carnival.net & news.au
Most elaborate carnival in the world is about to kick off in Rio, and people from around the world are paying to help with the set up.

The annual Rio de Janeiro Carnival features huge floats adorned with thousands of eye-catching paraders, some dressed in the fanciest sequin-covered costumes, others wearing not much more than glitter on their bodies. No matter what they have covering their skin for the Samba Parade, it's going to be something to turn heads.

Rio's Carnival has turned into a huge tourist attraction over the years, bringing in people from around the world who come with anticipation of seeing some of the world's most beautiful people showing themselves off in the most extravagant ways.

It's an event people want so much to be a part of that, that even volunteers, who start setting up as soon as two weeks before the event, pay about $US49 a day to participate in the event's set up.